Lars started his radio career at the age of 16 in Tillamook, Oregon.   One of the first stops of his career was in Spokane, starting in March of 1980.  Now, he does 6 hours of live radio each weekday.

Lars has won more than 70 awards from groups like the Associated Press, Society of Professional Journalists and the National Press Club.

Lars has appeared on “The O’Reilly Factor”, “Larry King”, “Fox and Friends” and countless other TV and radio national broadcasts. 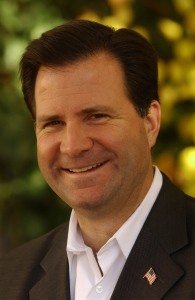