Zach Oborny is the producer of the KXLY Morning News on KXLY 920.
Zach grew up in Central Texas and headed to Pullman after high school to study broadcasting.
He graduated from the Edward R. Murrow College of Communication at Washington State University in 2011, with a bachelor’s degree in Broadcast News.
After spending a season as a media relations specialist for the Texas Stars of the American Hockey League, Zach moved to Shanghai, China to teach English.
He spent a year there teaching elementary aged kids grammar and vocabulary, and no, he’s not fluent in Mandarin now, but he did get to visit some pretty amazing places like Tibet and Hong Kong.
Zach moved back stateside and relocated to Spokane to spend a year in the Washington Conservation Corps, where he worked on a crew that performed environmental conservation tasks for the state.
Zach joined the KXLY Radio Group in 2014 as a promotions tech, and then started producing the KXLY Morning News in early 2017.
He’s a die hard fan of the Seahawks, Cougs, Mariners, Canucks and sports in general, a movie buff and comic reader, and in his free time enjoys camping, spending time outdoors, and trying out some of the many fine breweries the Inland Northwest has to offer.
[/symple_column] [symple_column size=”one-third” position=”last”] [symple_box color=”gray” text_align=”left” width=”100%” float=”right”] 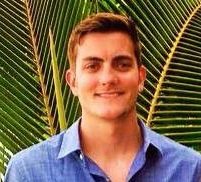