Mike Maehl is originally from Chicago and graduated from Northern Illinois University in 1967 with a BS degree. After his graduation, he enlisted in the Marine Corps, entering the Officer Candidate program. He was commissioned a second lieutenant and served throughout the I (Eye) Corps area of Vietnam as an infantry platoon commander. His final rank in the Corps was Captain.

In 1973, Mike began his investment career with his training in New York on Wall Street, and then returned to Chicago. In 1982, he and his family relocated to Anchorage and in 1984, he was selected for branch management. He held various branch management positions at major firms until March, 2008. At that time, the firm he was with elected to close the office he was managing. As a result, Mike became an independent investment advisor, affiliating with the Opus 111 Group LLC, with securities and advisory services offered through KMS Financial Services, Inc., both of which are based in Seattle.

Mike likes being involved in the communities where he lives. Some past examples of that include having served as chair of Alaska Public Television for three years, as well as two years as president of the Anchorage Museum of History and Art. In addition, he was chair of the Richland (WA) Economic Development Commission and a graduate of Leadership Tri-Cities.

Mike lives in Spokane with his wife, Diane, who has her own photography studio (www.dianemaehl.com). They have two grown children. Their daughter lives in Seattle, doing graphic design, while their son is in the Army National Guard and is also enrolled in the aviation program at Spokane Community College.

A former football and rugby player, Mike likes to ride his bike over distance, enjoys studying the markets and economy, and traveling.

Mike provides stock reports daily in the morning on KXLY 920, a daily market wrap-up at 5:20, and hosts Money Management from 9am-10am on Saturdays, also on KXLY. 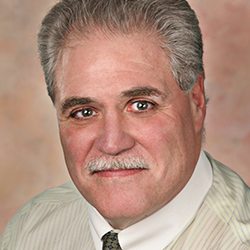