On September 12, 2001, the day after the fall of the Twin Towers, WABC-AM in New York City recruited John Batchelor to go on the air until Osama bin Laden was either killed or captured. John has been on ever since, offering insightful commentary on such issues as the war on terrorism, the presidency, the national and global economies, and defending our civilization. On March 12, 2003, one week before the attack on Iraq, ABC Radio Networks invited John to bring his expertise to syndication. Since then John has reached out nationwide, focusing his concerns on a world at war.

The John Batchelor Show is an essential tool for understanding the new order in the 21st Century. The world is now facing a dangerous and fanatical enemy determined to destroy Western civilization on both political and military fronts. In this, the first great ideological battle of the new millennium, it is imperative to know the major players and the theaters in which they operate.

The John Batchelor Show features a multitude of distinctive elements. John’s themes cover every detail – from military battles, presidential campaigns, planetary exploration, and Hollywood politicos to his own international travel. John has broadcast from many corners of the world and in his program he calls out to all points, including New York, Jerusalem, Des Moines, Kazakhstan, Orlando, Manchester, Morocco, Boston, Taipei, Washington, and Baghdad.

John is a veteran novelist, author of seven political romances as well as a short history of the Republican Party. Born in Bryn Mawr, Pennsylvania, in 1948, John attended Lower Merion High School and Princeton University. In 1976 he was graduated from Union Theological Seminary. John is married and has two children. 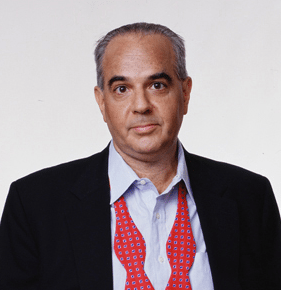